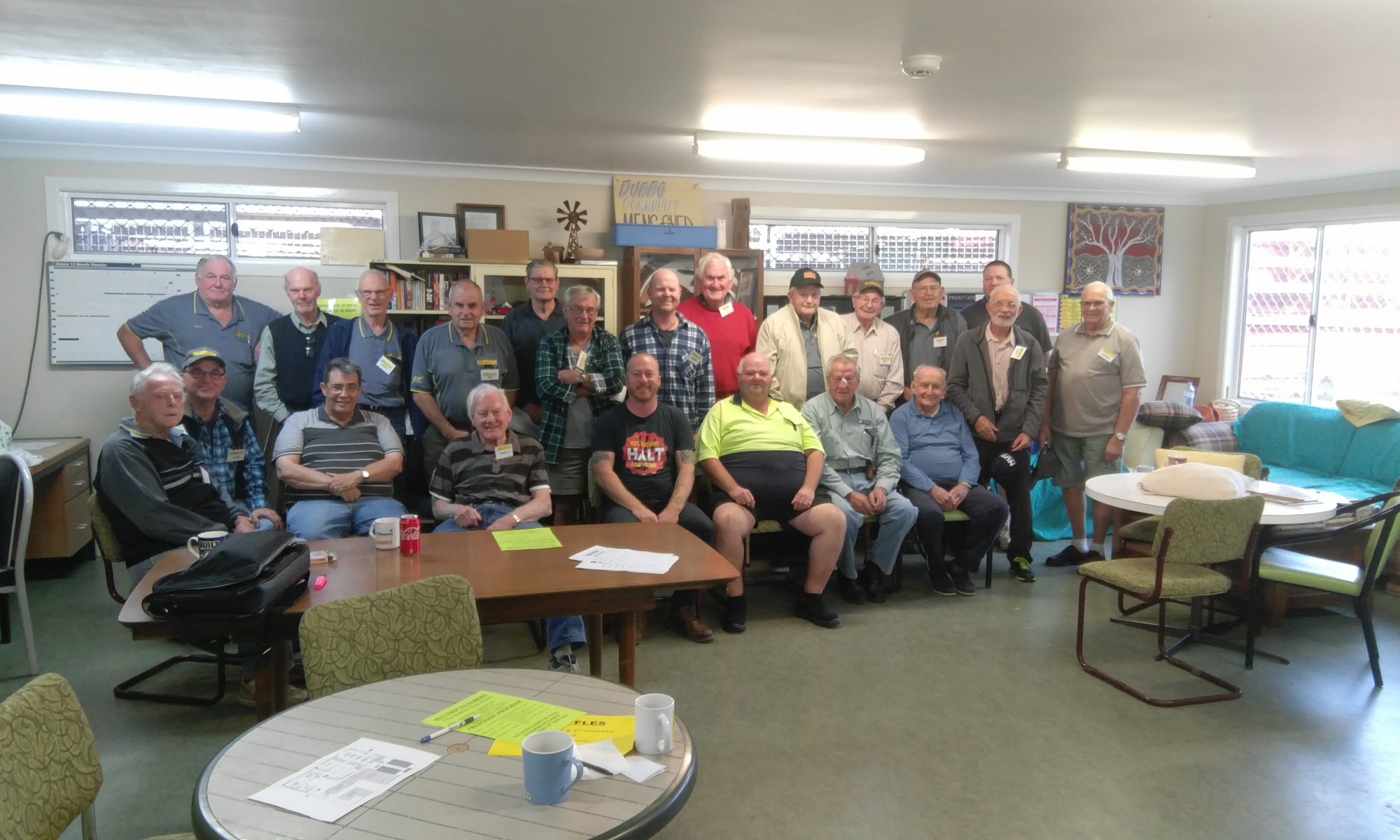 Independent write-ups about our great book

The shed is a haven for men of all ages. It is located between the skate park and the swimming pool in Dubbo, a fortuitous location as children who find that their bikes or scooters break down can come to the Men’s Shed to get them fixed. It also provides a location for interaction between the old and the young.

“A Shed Load of Stories” was put together by freelance journalist Kathy Stone, as a result of the conversations she had with 12 of the men who attend the Shed. What comes through loud and clear is how important the Shed has been for these men. The Dubbo Men’s Shed is part of the Australian Men’s Shed Association, which was set up to ensure men’s mental health, to help men with disabilities to retrain, and to give a space for men who have retired to be with other men. The twelve men featured in the book come from all walks of life and have experienced the gamut of life’s experiences and emotions. What comes through from reading this book is how isolated and often traumatic a number of men’s lives are as a result of the work they’ve been involved in from being policemen to ambulance drivers to farmers. So the book really illustrates that truism that there is no such thing as ‘an ordinary life’. The stories give you a glimpse into the men’s lives but they also give you a glimpse into an Australia that may seem to be changing, but may not be changing in terms of the isolation that men (and women) face. Certainly it gives us a different perspective on the long-term consequences of jobs that we take for granted and that we see as essential for the running of our society. The stories are funny and eye opening, including the story of the six year old boy, who grew up on Jersey in the Channel Islands and was interned along with his family by the Germans for three years during World War II.

The men have a lovely turn of phrase, Peter Bradley, who at 84 is the oldest member of the shed met his wife-to-be, Elsie, at the Barn at Mosman Bay, an old whaling building where dances were held on Saturday nights. He describes her as: “pretty as a spotted pony, just 18 and working in a bank”.  Kathy Stone has done a great job in allowing the men to use their own words to describe their lives. The book is worth reading even just for a glimpse into the lives of the men and of how often they have overcome adversity.

WHEN Bob Kleinig came home to the family farm outside Dubbo to find his mother beaten up, he shot and killed his brother on the steps of a caravan. He says he was 14 at the time and he knew he was going to prison, where his abusive father was already doing time. Four decades later, Mr. Kleinig says the Dubbo Community Men’s Shed saved his life. ” There was that many times I was that close to suicide,” he said. Depression and a temper were getting the better of him when he knocked on the shed door two years ago and, for the first time, began talking about his past. ” Everything just seemed to go away because I talked about it,” he said. ” No one judged me for what I’d done’.’ Mr Kleinig is in the best kind of company. When the men gather in their shed, he is surrounded by other blokes who have suffered depression, trauma, isolation, alcohol abuse, sorrow and abuse.

The Dubbo Men’s Shed, one of 1000 similar groups across the country, and part of the Australian Men’s Shed Association, has between 50 and 60 regulars. Many are retired farmers or tradesmen, but some are as young as 20. They meet regularly, build rocking horses, restore dolls’ houses, make bird nests, and in between work, they have ”smoko’s” together and discuss their health, their problems.

This year, a local writer, Kathy Stone, helped them compile their life stories into a book, published as A Shed Load of Stories. ” Country men in particular don’t have access to groups,” said Phil Knight, 65, a former police officer who retired 12 years ago and faced the abyss of retirement inertia. ” Women have been doing this for years; they have their own social groups. Men, because a lot of us have worked for many, many years, we haven’t been able to get involved in communities”.